A few years ago I have built a Z-Match tuner for QRO. I like antennas fed with
open feeder and the priceless advantage of low less in the feeding line.
But the disadvantage lays in the challenge to lead the feeder through the wall
into the shack.

That was the reason why I thought about a remote controlled tuner. The tuner
should sit out of the house. The feeder ends at the tuner. A coax cable and a
control cable leads through the wall into the shack. The controller in the shack
is used to control the capacitors in the tuner.
There were several solutions found on the internet. Unfortunately none met my
requirements. While I was experimenting with the Arduino I decided to use an
Arduino Clone to control the tuner.

The hardware simply consists of two servo motors to control the capacitors of
the Z-Match tuner. For the controller a shield was developed with connectors
for a Wattuino Pro Mini and for the parts (rotary encoder, potentiometer,
LCD-Display, SWR-Bridge etc.) 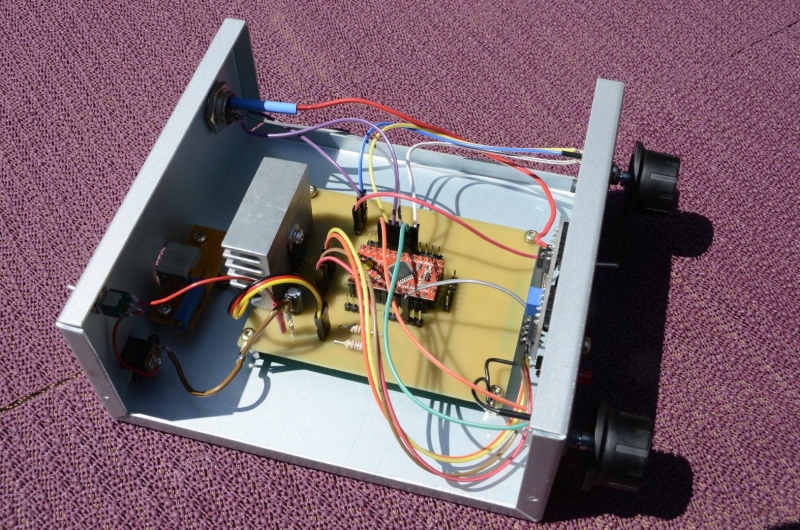 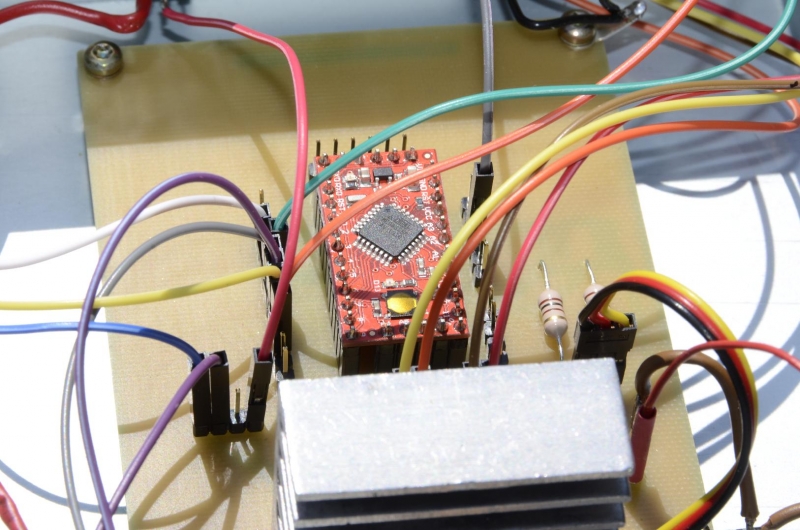 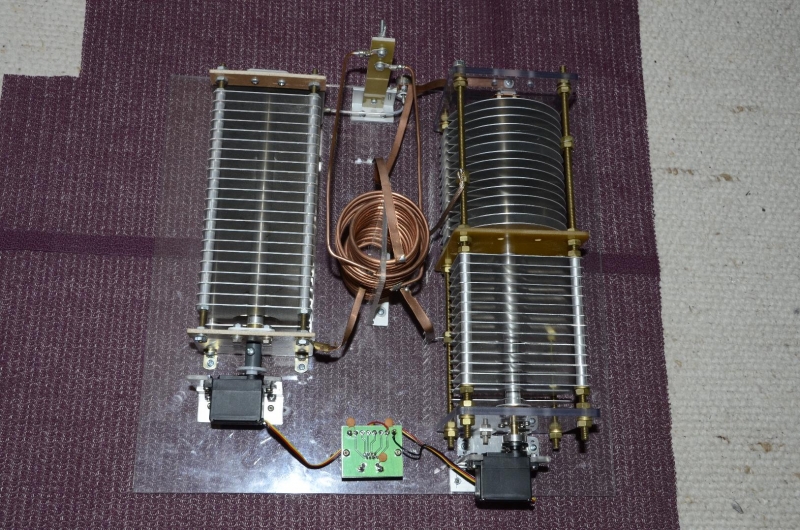 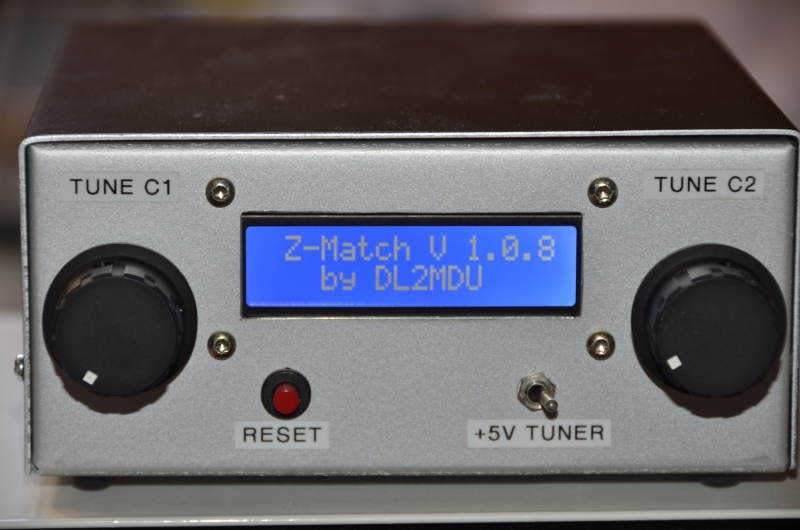 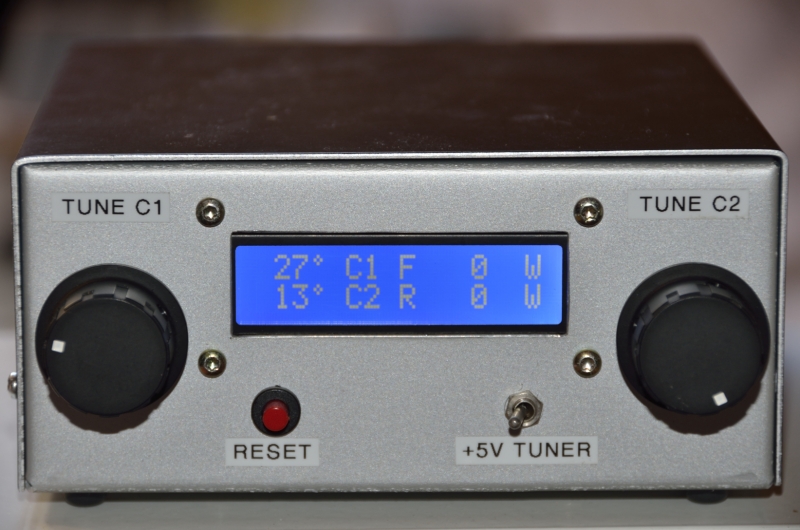 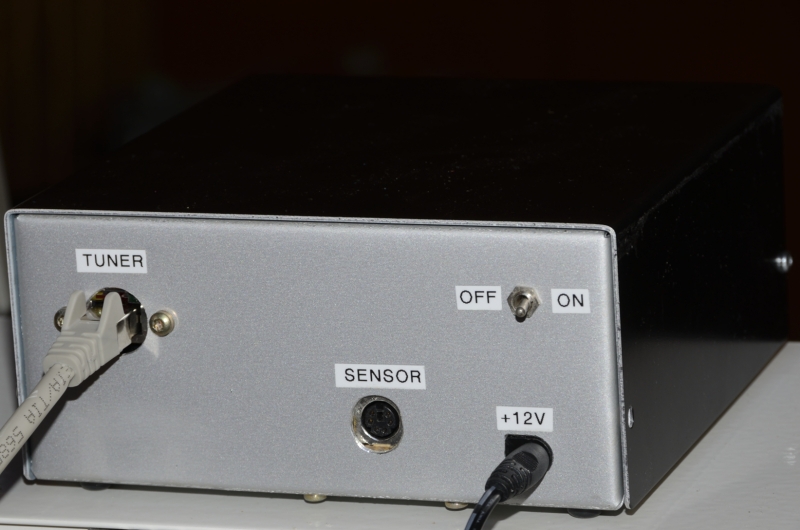